Inosuke Hashibira is one of the main characters in Demon Slayer: Kimetsu no Yaiba, as well as a traveling companion of Tanjiro Kamado and Nezuko Kamado. In addition, he is a 15 y old Demon Slayer in the Demon Slayer Corps.

Inosuke is a young man of average height and pale complexion, with a very toned and muscular build for his age, especially around his stomach and arms. He has an incredibly attractive and feminine face, with large, wide eyes framed by an array of long eyelashes, their irises a dark to soft pale green, thin eyebrows, and what appears to be a small, well-mannered mouth. His thick, black hair falls past his shoulders, fading into blue at the tips and forming an unruly, uneven fringe that falls just above his eyes, puffing out before curving and thinning towards his brow.

Inosuke is dressed in a customized version of the standard Demon Slayer outfit, consisting entirely only of baggy hakama pants tinted a dark gray-blue and fastened around his hips with a thick belt of fluffy brown animal fur. Inosuke, unlike his traveling companions, does not wear a haori. The usual cloth leg-wraps have been replaced with what appear to be knee-high socks of a furry hide that expose his heels and toes and also appear to be the fasteners for the sandal bases he wears on his feet.

Inosuke is an extremely short-tempered and proud young man who believes he is the best fighter in any situation, constantly challenging most people he meets and wanting others to respect and praise him for his ability. This frequently puts him in unnecessary danger because he overestimates his abilities in comparison to the opponent and refuses to acknowledge defeat, as seen when Giyu Tomioka has to tie him up after his fight with the Father Spider Demon to avoid him from trying to challenge the Hashira to a fight while still severely injured from his previous battle.

This constant drive to be the greatest can also cause Inosuke to be very provocative, as he frequently attempts to instigate others, most noticeably Tanjiro Kamado, into fighting him, though he typically fails due to Tanjiro’s obvious kindness.

Inosuke has a vengeful side to his personality, especially when those he cares about are harmed. He refused to assist the injured train engineer who stabbed Tanjiro and was convinced he was correct in letting him die, only assisting him when Tanjiro begged Inosuke to and forgave the man.

Because he was raised by boars, Inosuke has demonstrated little comprehension of normal human interaction, at least at the time of his debut, as he frequently presumes that people who approach him want to harm him and doesn’t seem to realize the kindness displayed to him by others. He is illiterate and struggles to pronounce people’s names correctly, such as saying Monchiro instead of Tanjiro or Monitsu instead of Zenitsu. He can be very rude without meaning to be, and he treats everyone as an enemy at first.

However, as the story progresses, Inosuke becomes more influenced by Tanjiro’s ways and grows accustomed to affection and generosity, learning to acknowledge the strength of others besides himself and developing feelings of friendship towards him and Zenitsu Agatsuma, despite his proud nature and constant desire for praise. He also begins to think more strategically when engaging in combat, employing smarter tactics learned from more experienced Demon Slayers rather than simply charging into fights head-on.

Overall Abilities: Inosuke is a very skilled and talented swordsman who was able to learn Total Concentration Breathing on his own and develop his very own Breathing Style known as Beast Breathing based on his own instincts and upbringing in the mountains by wild boars, all without formal training, and passed Final Selection to become a Demon Slayer. Inosuke is more than capable of hunting and slaying demons on his own, as evidenced by his easy defeat of the Horned Demon.

He has repeatedly demonstrated his ability to hold his own and contribute in fights against Upper-Rank demons of the Twelve Kizuki, including Upper-Rank Six, Gyutaro, and Daki, as well as the much stronger Upper-Rank Two, Doma.

As a result of growing up in the mountains with boars, Inosuke adopted their habits and began incorporating them into his fighting styles. As a result, his hand-to-hand combat and swordsmanship styles are eerily similar to those of animals and beasts. Tanjiro Kamado described his unnatural fighting style as resembling that of a “four-legged beast” because his attacks come from an extremely low angle while also being very ferocious and utilizing other unorthodox movements, making him very unpredictable and vicious.

Inosuke has enhanced flexibility to the point where he can bend backward so far that his head reaches between his feet. He later demonstrates the ability to dislocate his arm to extend his reach and to dislocate any of his body’s joints at will. This adaptability extends to his internal organs as well, as he was able to shift his heart and avoid being pierced during the fight with Daki and Gyutaro.

Inosuke possesses superhuman physical strength, as evidenced by his incredibly toned muscles and physique, and can dual wield two katanas instead of one, swinging them at super speeds. He was able to sever Enmu’s body parts that had engulfed one of the train cabins.

Inosuke developed a sharp and incredibly sensitive sense of touch as a result of his upbringing in the mountains. His skin can even detect minute vibrations in the air. Inosuke incorporated this ability into his Spatial Awareness technique, in which he uses his acute sense of touch to locate all the demons scattered across a massive mountain, and later used it to locate the Spider Demon (Father). He can use this ability to detect if anyone is looking at him, especially if they are hostile. He can even pinpoint the precise location they are looking at, giving him an advantage in combat.

Inosuke has demonstrated exceptional skill in dual-wielding his Nichirin katanas, allowing him to take on and defeat demons on numerous occasions, even matching members of the Twelve Kizuki. As the Infinity Castle Arc approaches, Inosuke’s swordsmanship skill has undeniably improved to the level of a Hashira, allowing him to keep up with and go toe-to-toe with Upper-Rank Two, Doma.

A Breathing Style that is distantly related to Wind Breathing and was developed by Inosuke Hashibira himself after living in the mountains and fighting for survival. It also appears to be inspired by the wild boars with which he grew up.

Inosuke wields two Nichirin katanas, unlike the majority of Demon Slayers. They are chipped with numerous gashes along the blade’s edge, allowing the swords to rip and tear demonic flesh rather than causing a clean slice, which he prefers. His blades are an indigo-gray color. Inosuke, unlike his fellow Demon Slayers, does not have a hilt or a sword sheath, instead relying on bandages to improve his grip. Furthermore, his blades do not have any words engraved on them. 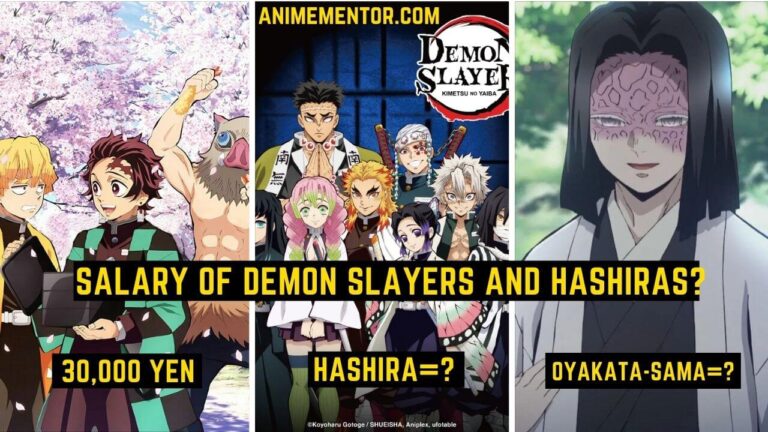