Zenitsu Agatsuma is the main character in Demon Slayer: Kimetsu no Yaiba, as well as Tanjiro and Nezuko Kamado’s traveling companion. He also serves in the Demon Slayer Corps as a Demon Slayer.

Zenitsu is a small boy with fair skin and scared-looking eyes that range from soft brown to gold in color. He has short, yellow hair that falls in irregular bangs in front of his face and is meticulously trimmed at the ends where it fades to a darker orange tone. Zenitsu’s hair was originally black before he became a Demon Slayer, but it changed color after being struck by lightning during his training..

His limbs shrank temporarily due to the Spider Demon’s (Sonvenom) during the battle at Natagumo Mountain, but they were able to return to normal thanks to Shinobu Kocho’s treatment.

He’s dressed in a lighter brown version of the standard Demon Slayer outfit, which includes a dark brown gakuran jacket, a white belt around his waist, hakama pants that extend, and his signature white-triangle patterned, yellow, and orange gradient haori. Zenitsu also dresses in Kyahan with the same pattern as his haori, pale brown tabi socks, and white-laced zri.

Zenitsu’s tense demeanor. Zenitsu comes across as a coward because he frequently claims that due to the dangerous nature of his job as a Demon Slayer, he doesn’t have much time left. Despite his strength, he has low self-esteem and even considers himself useless, as evidenced by his inability to believe he had killed a demon and convincing himself it was Shoichi, despite the fact that the latter was a small child with no unique demon-slaying abilities. Zenitsu is constantly terrified, sobbing, and fleeing whenever he sees danger, claiming that he prefers a simple, normal life to that of a Demon Slayer.

As a result, Zenitsu cries and shouts a lot, which can irritate those around him. He’s also shown to be pessimistic at times, such as during the Hashira Training Arc, when he yelled at Tanjiro and Inosuke for viewing the training positively.

Despite these flaws, Zenitsu wishes to live up to the expectations placed on him and will go above and beyond when necessary. When pressed, his inner focus and passion for avenging his slain teacher, Jigoro Kuwajima, help him to overcome his cowardice and second thoughts.

Zenitsu is also shown to be a womanizer, driven by a desire to avoid being alone if he is killed. He has a habit of hitting on beautiful women and asking them to marry him, much to their dismay. When he believes his colleagues are “flirting” with pretty girls, his womanizing nature takes over and he goes into long hysterical rants and complaints. Zenitsu appears to have a strong crush on Nezuko, publicly expressing his feelings for her and instinctively protecting her.

During these times, he also appears to become physically aggressive, lashing out at them in frustration. Zenitsu, on the other hand, demonstrates her respect for women by telling Daki to let go of a girl whose ear Daki nearly severed and later demanded an apology from.

Zenitsu is also shown to be a womanizer, motivated by a desire to not be alone if he is killed. He has a habit of hitting on cute girls and asking them to marry him, much to their chagrin. When he believes his comrades are “flirting” with cute girls, he snaps and goes on long hysterical rants and complaints. Zenitsu appears to have a strong crush on Nezuko, openly expressing his feelings for her and instinctively protecting her.

During these times, he is also shown to become physically aggressive, lashing out at them in frustration. Zenitsu, on the other hand, demonstrates her respect for women by telling Daki to let go of a girl who Daki nearly tore the ear off of and later demanded an apology from.

Zenitsu, the only boy in the trio who has grown up in the city, knows more about how the city works and is constantly embarrassed by his partners’ naiveté.

Zenitsu defeated and killed an Upper-Rank demon on his own.

Though he denies it, Zenitsu comes across as a talented and skilled Demon Slayer from the start. Zenitsu’s true strength awakens when he sleeps, as that is when his nerves that normally prevent him from accessing his true strength give out, making him more shrewd, calm, and precise in combat, allowing him to instantly decapitate the Tongue Demon and defeat the Son Spider Demon by himself. He was later able to defend three entire train carts that were being attacked by Enmu, Lower Rank One, and Nezuko.

A few months later, with the help of Inosuke, he was able to go toe-to-toe with an awakened Daki, and later managed to blitz her with Thunderclap and Flash: GodSpeed. Zenitsu was able to advance to the highest level of the Hashira Training, proving his strength even further.

Zenitsu’s hearing enables him to hear and pick up sounds that are outside the normal range of perception, such as detecting a person’s thoughts, emotions, and even personality simply by picking up the subtle sounds they produce. Furthermore, he can tell a human from a demon by comparing their sounds, which allows him to estimate their strength to some extent because Daki, an Upper-Rank demon, has a more terrifying sound than normal demons.

Zenitsu’s physical strength has improved dramatically as a result of years of hard training. Zenitsu can use his bare hands to hold Inosuke Hashibira down and throw his entire body by grabbing and swinging one of his legs. Most importantly, Zenitsu has incredible leg strength, allowing him to jump extremely high and at breakneck speeds to perform his Thunder Breathing techniques. He was also able to inflict damage on Muzan’s body, which has the highest durability of any of the demons, demonstrating his superhuman physical strength.

Zenitsu has incredible speed and reflexes and can move faster than the human eye can see. Even at the beginning of the series, when he was at his weakest, his speed allowed him to easily evade the attacks of several demons, including the Tongue Demon and Son Spider Demon, and later blitz them. He was able to save Nezuko from Lower Rank One, Enmu’s, flesh appendages during the Mugen Train Arc, and slice through many of them before Enmu could react.

Zenitsu possesses incredible stamina and endurance. He has been shown to fight even after being poisoned by the Son Spider Demon’s lethal poison, which was gradually weakening him and turning him into a spider. He was also able to defend three train cars for an extended period of time with Nezuko without tiring. Later, Zenitsu and Inosuke fought Upper Rank Six, Daki, for a relatively long time, despite receiving numerous wounds from the Upper Rank and being trapped under rubble. Despite this, Zenitsu had enough stamina to use his Thunderclap and Flash: GodSpeed technique against Daki twice, once to get out of the rubble and once to blitz him.

Zenitsu has the ability to fight while sleeping, allowing him to reawaken his true strength. While awake, his nerves and fear cause him to freeze, preventing him from moving. When his life is threatened, his nerves and fear become so intense that he passes out. However, while he is sleeping, his nerves are no longer a hindrance, allowing him to fight and move with great judgment, precision, and skill. Zenitsu’s hearing also plays a significant role in his ability to fight unconsciously, as it allows him to discern his surroundings as well as the location of his enemies and their attacks. This also enables him to fight even after falling victim to Enmu’s spell, which causes anyone to fall into a deep sleep.

Master Swordsman: Zenitsu is an incredibly talented swordsman, particularly in extremely fast Iaijutsu-like swordplay and the Thunderclap and Flash technique, which he can create offshoots of and use even while sleeping. His swordsmanship ability allowed him to repel dozens of spiders and defend three train carts from Enmu’s constant attacks. Zenitsu uses Thunder Breathing to attack an Upper-Rank demon.

A Breathing Style Zenitsu learned from a cultivator and his teacher, Jigoro Kuwajima, but was unable to master all of the forms in the swordsmanship style, only being able to use the first of the six forms, Thunderclap and Flash. However, Zenitsu has become extremely proficient in fighting and winning using only the first form, even creating several variations and modifications to it and being able to successfully perform the technique while unconscious.

Thunderclap and Flash is the first form. The user unsheathes their katana, dashes forward at breakneck speed, and decapitates their opponent before they can react, before sheathing it again. This technique is very similar to Iaijutsu, and its movements are described as “lightning ripping through the air.”

Equipment Standard Zenitsu wields a standard-sized and shaped Nichirin katana with lightning streaks running the length of the blade as a Demon Slayer. His sword has a circular hilt with four slight indentations, a silver-tone center with small triangles, and a golden border. Zenitsu carries a standard sword sheath in deep black with his katana. 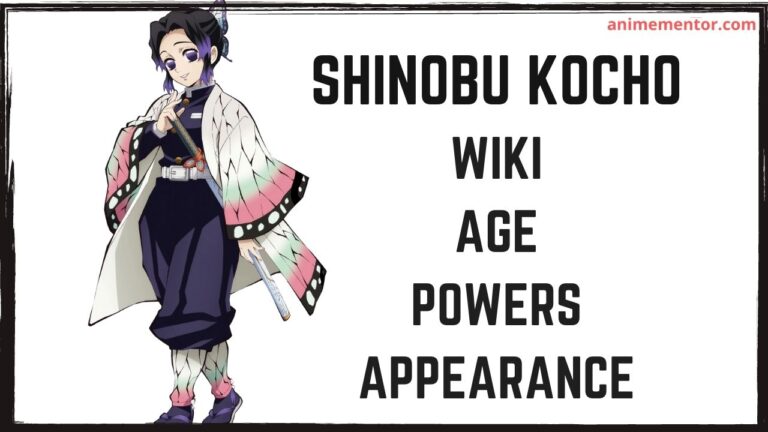