Yuta Okkotsu will be seen in the upcoming Jujutsu Kaisen movie : Jujutsu Kaisen Zero. He is the main torchbearer or protagonist of Jujutsu Kaisen‘s prequel series. He was graded as a special cursed human possessed/haunted by his late friend, Rika Orimoto. Sensei Gojo trained and mentored Yuta and register him at Jujutsu High. Yuta is a student where he learns and trains alongside other students.

He is a young boy of common average height, he has a pair of dark blue eyes and black hair. Due to his body language and lack of confidence, it is very clear that he is stressed. His eyelids are dark due to sleepless nights.

He rocks a full sleeve shirt that cuffs at his forearms and dark green pants for bottom wear.

He has a Katana to harness Rika’s power. In his training with Maki, a cursed tool user, Okutsu acquired skills in handling the sword and is able to hold on his own against cursed spirits and even against Suguru Geto, who has immense physical skill and mastery. Yuta continues to train with his katana as his primary ordinance, he is very systematic and moves methodologically like a swordsman. He gained confidence by defeating a high-level cursed spirit by a diving stab and in this process, he manages to crack the ground beneath the curse showing how powerful he is.

Saturo Gojo gave Yuta his first Katana as a vessel to harness Rika’s cursed energy. Initially, he found it difficult to focus and only managed small marginal cuts against evil cursed spirits. After proper training and experience gained on several curse hunting missions, Yuta learns to wield the sword properly. His weapon was an ordinary katana and it cannot handle overdosing of cursed energy which ultimately results in the breaking of the katana.

He received a new katana after breaking the first and starts to use it again without Rika’s presence. He masters his new katana very well and he carries it everywhere in a black case.

Yuta will never accept but he has a hidden ability that manages him to push and surpass the limits of Satoru Gojo himself. Gojo is the strongest jujutsu sorcerer in the world of JK currently, only if Yuta continues to train hard as a jujutsu sorcerer does he has the ability and he may even surpass his mentor Gojo.

There is a technique named The Six Eyes Cursed Technique which allows Gojo to see cursed energy that originates from people around him. With the help of this technique, Gojo can measure the students’ reservoir of cursed energy.

In Yuta’s condition, Gojo tells that Yuta’s reserves of cursed energy are much higher than his own and Yuta can surpass him. A rare compliment from the greatest sorcerer. 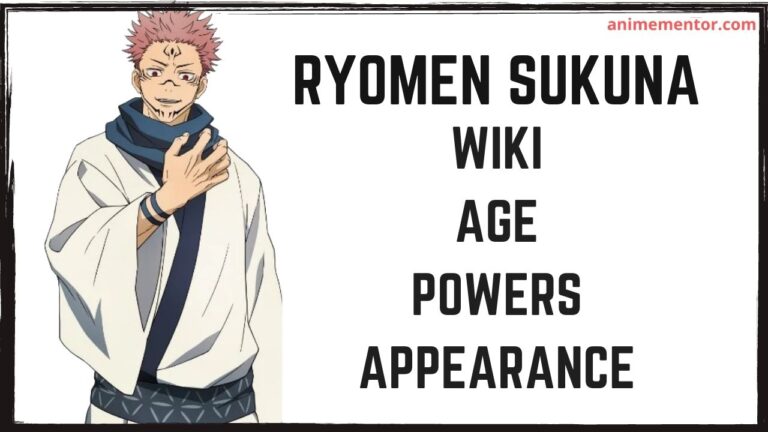