The Rulers were the mortal enemies of the Monarchs and an ancient race of angelic humanoids that served God.

From the rise of time, when only darkness and light existed. The Absolute Being split light and dark. Splitting darkness created Monarchs and the splitting of Light created Rulers. Monarchs came into existence to destroy the world and Rulers to protect it. They both were sworn enemies of each other.

After endless battle and bloodshed for centuries, there was still no end and victory in sight, Rulers asked The Absolute Being to give them power and strength to demolish Monarchs once and for all. The Absolute Being didn’t reply to their request to grant power and end the war. The Rulers realized that Absolute Being has no intention to end the war and battle was just entertainment for him and he didn’t want the war to end.

This fact made them realize that the war will not end until The Absolute Being was alive. So to end this was 7 out of 8 Rulers rebelled against The Absolute Being, their God. Ashborn was the last and the strongest ruler who remained loyal and tried to stop them, but he was easily defeated by them and was left to die.

Ashborn managed to heal himself by transforming into Shadow Monarch but by the time he healed and returned to the battlefield it was very late, the rebellion was over and the Absolute Being was killed.

Now The Absolute Being was dead and the Rulers used tools containing his power to find the Monarchs, they managed to capture The Monarch Legia alive turning the tide in their favor and forcing Ashborn to change sides.

When Ashborn killed Baran, the Rulers appeared and asked him for his forgiveness, Ash born denied this peace gesture and asked them to kill him which will end the war. The continuous plea from the Rulers made him emotionally overwhelmed but he couldn’t answer them. He went into hiding so that he could build his shadow army again and could take revenge against the Monarchs.

Decades later Monarchs decided to vanquish and demolish the human world to rebuild their armies and when Rulers find this they attempted to stop them so that they can save the human race from going into extinction. After failure, the Rulers used the tool of The Absolute Being known as the Cup of Reincarnation which allowed them to turn back time 10 years and give them a second chance. But this was a bad idea because the destruction of mankind and the human world was just getting delayed and the extinction was inevitable. The Cup of Reincarnation was created by God but it was soon when The Rulers found out that the power of this tool has started to wear out.

10 years before the main storyline, The Rulers had only one option left that is spawning gates and exposure of the human world to magic beasts causing huge amounts of mana to pass into the human world and saturate it with magic so it can hold the damage caused in the war with Monarchs. Parallelly they also decide to grant their powers to 7 human vessels who will become the strongest hunters in the world. They were still aware of the Ashborn situation so they tasked Sung II-Hwan who is one of the vessels to kill the New Shadow Monarch.

10 years later after the Rulers started their plot to prepare the human world for the war, Ashborn handpicked our protagonist, Sung Jinwoo, and started to breed him slowly into a vessel capable enough to fully absorb his power through the system. Shortly the rulers permitted II-Hwan to come back and complete his task.

After reaching level 100, Jinwoo was called by the architect back to the Double Dungeon so that Ashborn can take control of him. Ashborn had no intentions of taking control of Jinwoo furthermore he want him to be his vessel and also wished him to be his successor which was unfortunate for the Architect. He betrayed the Architect and locked him out of the system and presented his black heart to Jinwoo.

Several months after the fiasco of the Jeju Island Raid, the Rulers helped Legia escape by spawning an S rank gate in Tokyo. The Rulers planted II-Hwan so that he could kill Jinwoo, the Ashborn vessel. Later when II-Hwan found out about Jinwoo he couldn’t kill him because he was his son. Fortunate for everyone, the Rulers had a change of heart and they accepted the Jinwoo as their ally when they saw him killing Legia. The Rulers gave II-Hwan a new mission, to protect Jinwoo which he accepted happily as he was his father. Meanwhile, the Monarchs started their hunt for the Rulers in the process they killed Christopher Reed who was the strongest hunter in America and was also one of the 7 vessels.

Just before the International Guild Conference was scheduled in America, the monarchs kidnapped and murdered Jonas who was the strongest hunter in Brazil and was also one of the 7 vessels.

Go Gunhee who was the second strongest hunter in Korea and was also a vessel was killed by the Monarchs, they were still unaware of the fact that the Shadow Monarch has found a vessel and turned him against them. This led 3 Monarchs Beast, Querehsha, and Frost to swarm Seoul in order to draw Jinwoo out and kill him before he can fully get the Ashborn’s powers.
They managed to defeat Thomas Andre and seemingly kill Jinwoo but they failed to make sure of it because of II-Hwan’s intervention. Jinwoo ascended and gained the true powers of the Shadow Monarch, The 3 rulers failed the mission and were butchered by Jinwoo. At the same time, II-Hwan died because he extracted power beyond his body limits and Jinwoo couldn’t do anything to save his father.

The strongest Monarch Antares and his forces invaded the human world. Jinwoo contacted the rulers through vessels Liu Zhigang and Thomas Andre and told them that his plan was to defeat the Monarch once and for all. Antares never considered the possibility that Shadow Monarch and the Rulers were working together. He failed to realize this in time that Jinwoo was just buying time so that he can summon his allies The Rulers for help. The Rulers plunged into the human world in raw forms and rushed him with spears from all directions and managed to kill him and end the war triumphantly.
After defeating Antares and winning the battle, Jinwoo saw the bloodshed and realise that he has lost too many people in the process. Seeing all this he requested The Rulers to use the Cup of Reincarnation and bring them all back. The Rulers saw Jinwoo’s intention of carrying everything by himself they wished him luck and used the Cup of Reincarnation last time which completely exhausted the cup’s power and they went back a decade into the past.

There are very little to no details about the Rulers. There are 8 Rulers but only the location or situation of 2 are known. 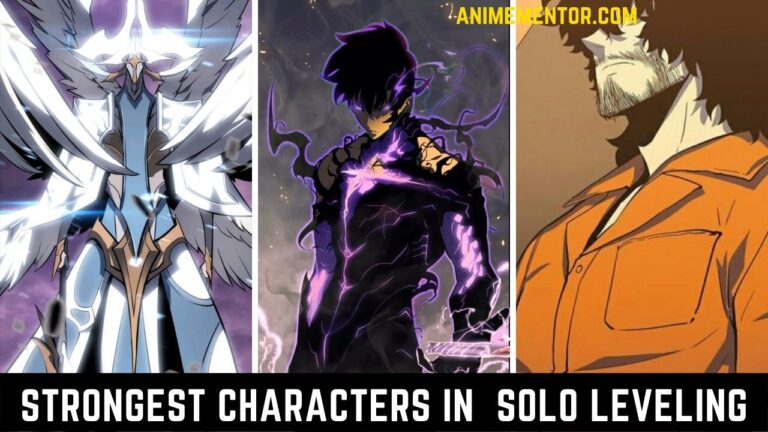