Kikyo Kushida is one of the major characters in Classroom of the elite. One of the most popular anime series of 2017 is Classroom of the Elite. It’s a psychological thriller that’s the antithesis of your usual high school drama. Here you will discover about this special character, who may appear to be the girl who annoys everyone at first, but who subsequently develops into an amazing character. Along with Kiyotaka Ayanekouji, Kikyou Kushida is a student in class D. She is well-liked throughout the school since she is an outgoing individual who makes an effort to make friends with everyone.

Kikyo Kushida appears to be an ordinary adolescent girl, yet she is incredibly appealing to the boys in her class and at other schools. Her signature look is her short beige hair with gradient crimson eyes. She is also known for her well-proportioned physique and average height. She appears to be one of the most attractive females in her class. She is also recognized for having the appearance of a typical cheerful anime character that is very lovable and nice to everyone, according to the fans.

She is dressed in her school uniform, which consists of a red blazing coat over a white shirt with a black bow tie, as is customary. She wears it with a white short skirt, black socks, and black shoes. While outside of school, she wears a light blue dress pairing it with a teal-colored jacket.

Kikyou Kushida is a cheery and happy girl that has the characteristics of a typical effervescent anime girl who is kind to everyone. Kushida is exactly that, yet her persona has a surprise twist to it.

She alter ego, like any other individual, has a dark side that she hides behind her typical effervescent appearance.

People think of her as a wonderful person who is always upbeat. She is also well-liked by pupils as the Class D idol who aspires to be friends with everyone at school.

However, we learn later about her savage side. Kiyotaka discovers her violent attitude and strong animosity for Horikita Suzune.

When she learns that Kiyotaka was listening to her quiet tantrums, she threatens him by seizing his hand and placing it on her chest, leaving fingerprints, and stating that if he ever discloses it, she would accuse him of sexual assault. After he promises her, she quickly returns to her cheery personality as if nothing has occurred. This leads us to wonder which of her multiple personalities is her genuine self! Hopefully, it will be addressed during the next season. 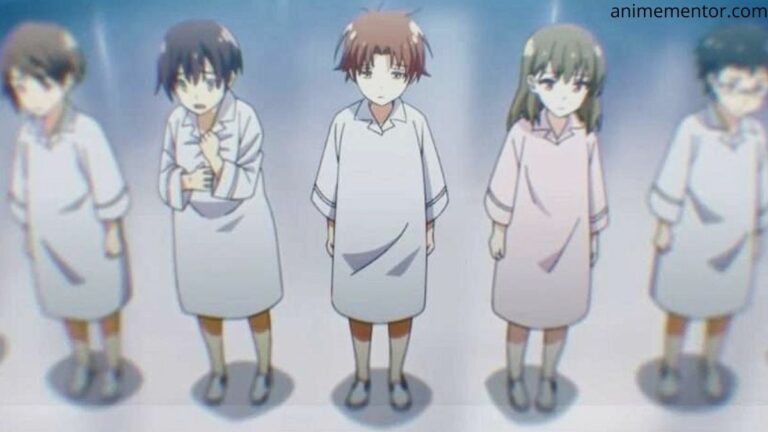