Who is Asa Mitaka Chainsaw Man? 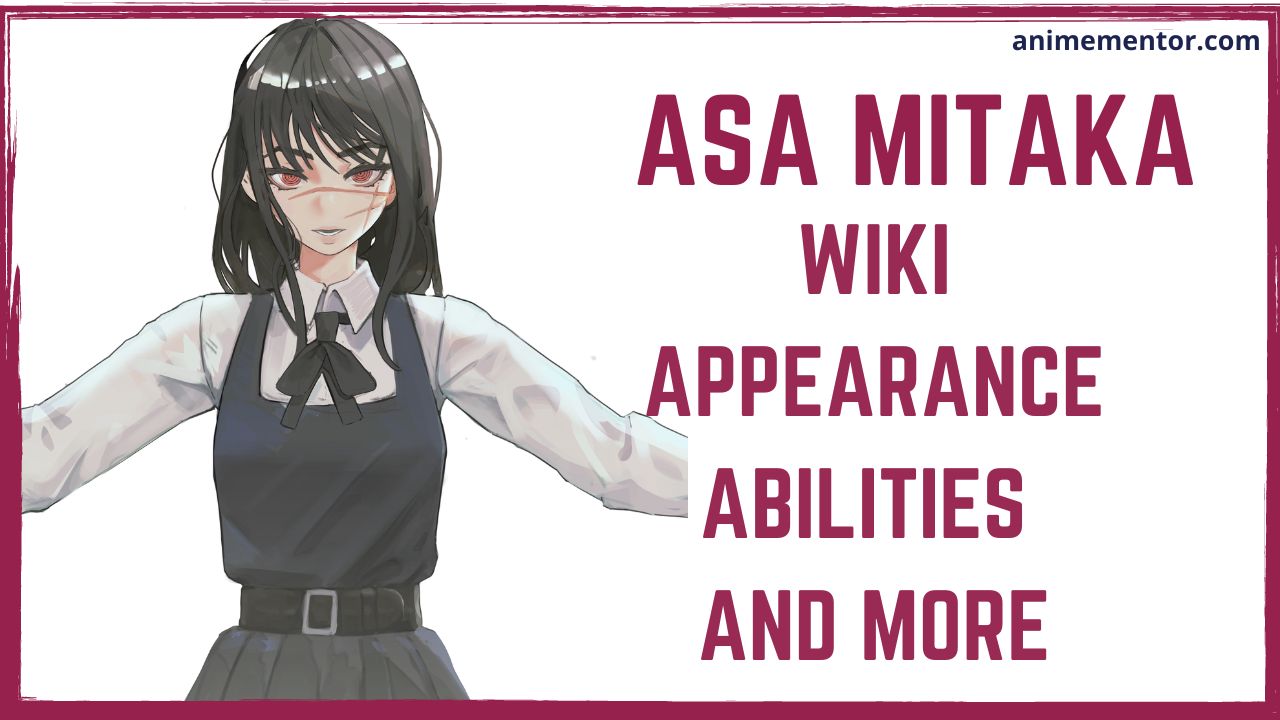 Asa Mitaka is the new girl in Chainsaw Man 2. Asa Mitaka was a high schooler but was killed by Justice Devil. Later War Devil comes into a contract with her and she becomes War Fiend. She pledges to kill her old rival, Chainsaw Man, and gets into the same school as him using Asa’s body as a vessel.

Asa is a high schooler who has an average height and build. Her hair is black with an occasional purple shade, her eyes are brown. Her hair is of shoulder length and she divides them into two twin bunches. In case of possession of the war devil, her hair is often loose furthermore scars appear on her cheek and nose, and her eyes get a spiral pattern, somewhat similar to Makima’s. She rocks the school uniform like the girls in her class. The uniform has a long-sleeved button-up shirt worn in a pinafore setup and a pleated skirt that goes down to the knee, a belt around her waist, a collar bow, and knee-high stockings along with sneakers.

She is a silent, non-social girl. She doesn’t like her batchmates and wishes for them to die, when they ask for friendship she prefers to study. Her parents were eaten by a devil so she hates all devils. As the time passes she realizes that she is jealous of her mates and now she wants to fit in with them. She is very selfish and wants all the things that she desires like a boyfriend and other friends. After her resurrection and the contract with the War Devil, she is not as negative to other devils but only to Chainsaw Man and she is willing to support and help War Devil to achieve her own selfish goals.
She is very clumsy and underconfident but while in War Devil’s possession she is loud, harsh, and confident and asks that her targets must die. She felt no hesitation while eliminating her teacher (Tanaka) and her class president and she also declared her intention to kill Chainsaw Man.

Who is ASA Mitaka?

Asa Mitaka was a high schooler but was killed by Justice Devil. Later War Devil comes into a contract with her and she becomes War Fiend.

Who is the new girl in Chainsaw Man?

Chainsaw Man part 2’s debut chapter focuses on the new character Asa Mitaka instead of protagonist Denji and his friends. By the issue’s end, the brand new character appears to be playing an antagonistic role, but much can be deduced about her.

Who is the war devil?

Asa Mitaka is the new host of War Devil.