Throughout Chainsaw Man, we see Devils, Hybrids, assassins and several others target Denji in an attempt to kill him. This is in quite the contrast with the Denji we had been introduced to, who seemed to be relatively unknown while having no connection or relationship other than Pochita in the world.

The answer to this question is revealed towards the end of the first part where Makima explains the reason why everyone is targeting him. Pochita, who acts as Denji’s heart is also the Chainsaw Devil which every devil either fears, hates, or admires. The Chainsaw Devil has the ability to erase the existence of other devils by eating them which is a fate that they fear the most. 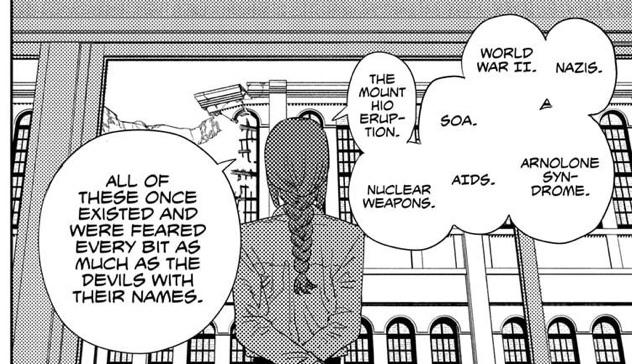 Any impact that they have had in the world along with the memories of their existence in people all get wiped out while making it seem like they never happened in the first place. Known as the Hero of Hell, the Chainsaw Devil has already wiped out World War 2, Nazis, and several other Devils of prominence whose accomplishments eventually turned to null once they were eaten by him.

Since Devils draw their power through the fear they create among humans, we can say that Chainsaw Man’s power does the exact opposite of this. Several Devils hate and wish him dead due to this dreaded ability while others such as Makima want to use this power in shaping what she considers would be an ideal world. However, being one of his admirers, she claims that she would not mind being eaten upon failure either.

Due to this, it would be more apt to say that every Devil wants Pochita, who is Denji’s heart, which would in the process kill him. Hence Denji has been caught in the crossfire while Devils from all sides set their sights on his heart with their own objectives.