Psycho-Pass is one anime that keeps you hooked until the last scene. It has gained popularity among anime fans and sci-fi content lovers. The anime has 3 seasons and all of them are available on Crunchyroll and Netflix. The idea of a computer-based artificial intelligence system that has the power to control if a certain individual will do a felony or not is actually very non-utopian and dark, the manner in which the show reveals the characters is very rough and harsh. The tempting aura of the anime along with the beautiful setup is one of the many reasons why fans love this show.

I’m sure many fans like me watch the show in a single sitting and then are left with all the time but no other shows to fill that void. There are not many series that can fill the shoes of Psycho-Pass but fans are ready to watch shows of the same setup with a different approach. So look at the animes given below in the form of a top 10 list, to fill the void that Psycho pass has left in you.

It is a good and almost perfect mystery thriller in the anime game and is directed by none other than the iconic Satoshi Kon. Initially, the storyline will look relatively simple and straightforward but as the story progresses you will enjoy the richness and layering of the storyline. The show is very attractive and has an exquisite setup and all the bingers will finish the show in a single go.

I am sure you must’ve heard about this show and it doesn’t need any introduction, It has a cyberpunk setup going and old fans of Psycho-Pass will adopt it quickly. To be frank, the plotline looks boring, police in the future take down the heinous lawbreakers but the way it has been shown, the storytelling, and the setup is the real strength of the show.

The anime has finished airing and has 26 episodes in total.

This show is very much like Psycho-pass and additionally has a cyberpunk vibe with it. This show has an AI setup and asks whether robots or androids that are self-aware should get the same rights as humans. As you will watch the show you may feel that it is slow and tedious but if you pass that phase you will love the show. For plot readers here you go-

Robots and Humans co-exist peacefully but a rouge virus grants the androids free will, some of them go on a rampage and kill the other androids. An inspector is tasked to bring down the androids but he discovers it is all government doing under the name “Proxy”

The anime has finished airing and has 23 episodes in total.

Dr. Tenma is a famous brain surgeon from Japan and is working in Europe. He is praised by his co-workers as one of the greatest minds to exist and will change the field altogether, he has a beautiful wife and is on a brink of a big promotion but all of this is going to change soon.

This is a slow-paced anime but is loved by many fans around the world. Monster is considered one of the best anime when it comes to thrillers, it has a compelling storyline that keeps the viewers hooked all the way. The monster is Johan, who is the villain and is very engaging at the same time. The lead character tries to bring him down but he always outsmarts him.

The anime has finished airing and has 74 episodes in total.

I don’t know why this show is unknown in the world of anime recommendations. The lead of the show has a murky and scary backstory and that motivates him in becoming very strong and powerful. This anime also shows the psychology of the minds of serial killers and show what goes in their mind and how they can be stopped before they commit any crime. The anime’s setup has a very high resemblance to Psycho-Pass.

The anime has finished airing and has 13 episodes in total.

This is a very underrated show, it is a sci-fi thriller and has an amazing setup. It is based on the view of some selected people who are contractors and that allows them to use their supernatural abilities, at a cost. The scenes from this anime are clever and very well executed, they look and feel different from the conventional fight scenes.

4. From the New World

The destruction and havoc will happen to the people in all the societies that will throw them into a drain, this is what is shown in the show. This is how this show starts and the viewers will like it and finish it in no time. If you want the plot here it is.

An outbreak happened in a minor population led by a rapid transformation across the world. Godlike ability to convert solids converted many to threats forming a long era of turmoil. Decades later humans gained control and formed an isolated society so that they can reside peacefully, this created a new world with complex rules.

The anime has finished airing and has 25 episodes in total.

Although it is an underrated anime it sure gets a shoutout in this list. This anime has a social commentary and that makes it compelling. The havoc that the main character has seen is extreme and due to that he is morally lost but is quite likable. Nothing is left after a terrorist attack on a nuclear facility in Japan only the word “VON” in red is there. The government is totally devastated due to their incapacity to act and cops are left to search the methods to track down the culprits. The normal public is clueless but 6 months later a strange video surfaces on the internet.

The anime has finished airing and has 11 episodes in total.

I know most of you have heard this name and it is the most popular anime in history. It precisely shows the fight for wisdom between Light Yagami and L. From creepy music to dark animation and storyline, viewers will love this anime, and will wonder about the smartness of each character and how far can they go, highly recommended.

The anime is completely available on Netflix and has 27 episodes in total.

In this anime, the protagonist’s intellectual skills are on a completely another level. This anime is a masterpiece in a true sense, it pulls out the best from the setup and uses far stretched doubtful, and still likable main characters. The use of the geass in the show illustrates the events and shows how meticulous and detailed the writing truly is. Other than this you will love the characters and arc the show is based on, Code Geass is a must-watch for the bingers of Psycho-pass. It can be streamed on Netflix. 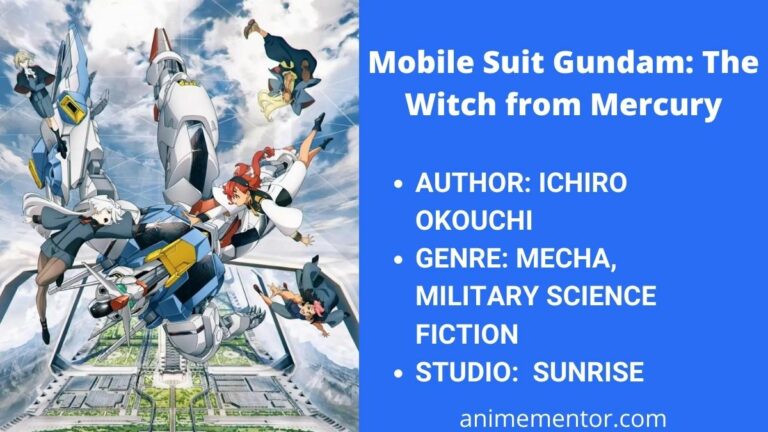