‘Zanpakuto’ or ‘Soul Slayer’ is the main weapon of Soul Reapers in the Bleach Series. After training, Soul Reapers receive a Zanpakuto. As hard you train with it the stronger it becomes.

After learning your blade’s name, it transforms into Shikai, a more powerful version of itself. Through training or Urahara’s training methods, Soul Reapers can gain access to the ultimate Zanpakuto form, the Bankai.

There are lots of weapons in the Bleach series but here we list the Top 10 Strongest Weapons (Zanpakuto).

Rukia was one of the first Bleach characters, but she did not reveal her own Shikai until the Arrancar arc. The Zanpakuto that she wields is Sode no Shirayuki, or “sleeves of white snow.” It is an elegant ice blade that is capable of freezing or damaging her enemies in a variety of ways.

She uses it to freeze or damage her enemies in a variety of ways. If necessary, Rukia can replace the damaged metal blade with an ice blade.

Kaname Tosen is one of the least powerful Captains, but his zanpakuto, Suzumushi (“bell bug”), is pretty cool. In addition to overwhelming the opponent’s senses, it can cripple them before any blood is shed.

During the Soul Society arc, Kaname used the sword’s Shikai to rain hundreds of blades on Kenpachi. When it comes to Bankai, Suzumushi can trap any opponent in an area where all senses are dulled, making it very difficult to battle Tosen.

12th division in the Gotei 13 Captain Mayuri Kurotsuchi is using the blade. Anyone who comes into contact with the blade will be paralyzed, but their sense of pain will not be dulled.

The Bankai transforms into a giant, poisoned demon with baby heads and caterpillar bodies when Mayuri uses it. The poison breath of Ashisogi Jizo is so deadly that it instantly breaks down your body when it comes in contact with you. Furthermore, this deadly poison spreads rapidly over a large area.

Kisuke Urahara is a former 12th division captain and one of Soul Societies’ finest ever scientists. Similar to Mayuri, his experiments have pushed his Zanpakuto to its limits. Benihime, in its Shikai form, emits a crimson aura that Urahara can control. The Bankai of Benihime empowers it to restructure anything it cuts. This can be used in many ways, including putting things back together so they can heal. It may also rip things apart offensively, causing massive amounts of damage.

Gin Ichimaru held Shinso, a weapon also known as the Sacred Spear. This blade can lengthen rapidly and with great force in its Shikai form. It has the ability to extend up to 100 times its original length. Gin harnessed this ability to repeatedly beat up on Ichigo. The blades’ speed and destructive strength increase dramatically when transformed into Bankai form. The blade is thought to be capable of stretching up to 13 kilometers and moving at 500 times the speed of sound in this shape. Gin is also astute enough to boast about the blade’s length in order to draw attention away from how quickly it travels.

Nozarashi is a straightforward and uncomplicated sword to understand, just like its user. It gives Kenpachi even more destructive ability than he already has. Nozarashi transforms into a huge being capable of cutting through space when released into its Shikai state. Kenpachi’s Bankai transforms him into a demon-like beast with significantly more strength and speed. His skin turns red as well, and he acts solely on instinct and bloodlust.

Senbonzakura is held by Byakuya Kuchiki, the Kuchiki Clan’s 28th chief and the 6th division leader of the Gotei 13. This blade has the capacity to split into a thousand smaller blades that all look like sakura flowers. These blades are too small to perceive with the naked eye, but light refracts off of them and gives them a pink hue. Byakuya can then command all of these blades as he pleases. The number of blades grows dramatically in the advanced Bankai style, enabling more destructive attacks.

Ichigo’s Zanpakuto is rather straightforward and simple. Although this blade may appear to be dull and ordinary, it actually drastically improves Ichigo’s speed and power, similar to Kenpachi’s. When Zangetsu attacks, it takes his spiritual energy, condenses it, and then discharges it from its blade. Ichigo primarily employs this for his Getsuga Tensho assault which is one of his strongest attacks under his sleeve. Tensa Zangetsu’s Bankai takes things a few steps farther. It improves his speed, strength, and endurance by a significant amount. A Getsuga Tensho combined with Tensa Zangetsu was nearly enough to slay Yhwach, Bleach’s most powerful character. This speaks for how strong Zangetsu actually is.

The current Captain Commander of the Gotei 13, Shunsui Kyoraku, possesses Katen Kyokotsu. Shunsui has also served as the captain of the first division and the former captain of the eighth division. Anyone who comes within Shunsui’s spiritual pressure range will be forced to immensely strong devastating mind games by this sword’s special power.

Shunsui is the God of these mind games and hence develops the rules for these games and has participated in a variety of them during his battle with Coyote Stark. His Bankai transports his opponent to a dark and ominous setting, where he is damaged in four separate acts.

Former Captain Commander of the Gotei 13, Genryusai Yamamoto’s destructive flame Zanpakuto. When Yamamoto commands his sword to “reduce all creation to ash,” flames break forth from his sword, burning everything in its path to ash.

Yamamoto’s surroundings are engulfed by Ryujin Jakka’s flame, which burns anything he chooses. In his Bankai form, Zanka no Tachi condenses all of his flames into his blade, and anything Yamamoto cuts are burnt beyond ash.

The Zanka no Tachi flames are so powerful that they dry out anything that comes into contact with Yamamoto’s spiritual pressure. This is one of the reasons why even the strongest character in Bleach, Yhwach idolizes Genryusai since he wields the strongest battle weapon in the Bleach universe and harnesses its powers effectively. 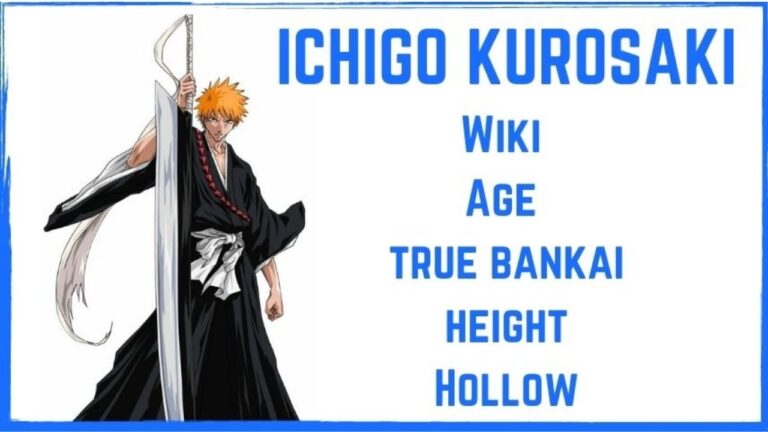 Who are the Quincy? Where did…

Where were the Quincys and Yhwach… Does Aizen have Bankai and ever…

The Spiritual Power Levels and Systems…

Why does Ichigo have so much…